Any views, findings, conclusions, or recommendations expressed in this website, do not necessarily represent those of the National Endowment for the Humanities. 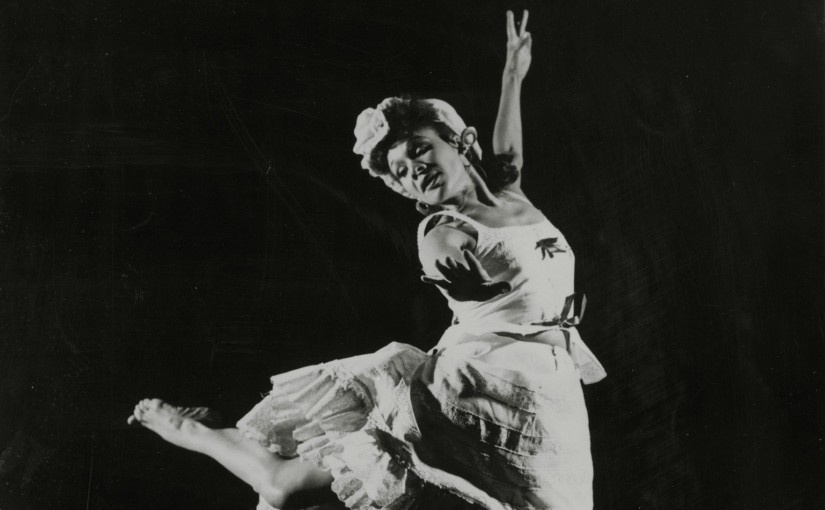 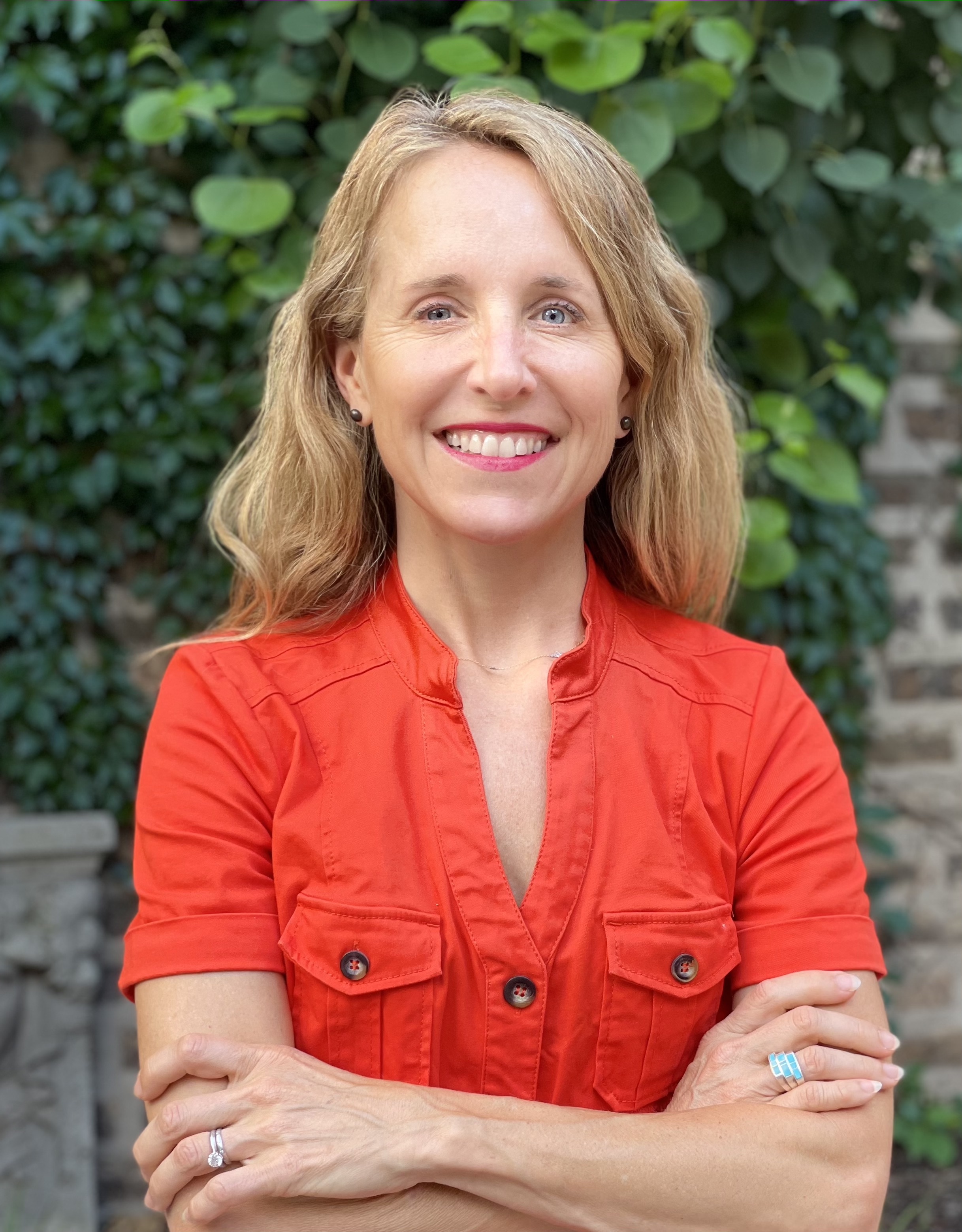 Liesl Olson is Director of Chicago Studies at the Newberry Library. Olson has written widely on twentieth-century literature and art, including the books Modernism and the Ordinary (Oxford, 2009) and Chicago Renaissance: Literature and Art in the Midwest Metropolis (Yale, 2017), which won the 2018 Pegasus Award from the Poetry Foundation and the 2019 Mid-America Award from the Society for the Study of Midwestern Literature. Olson is curator of 2021 Newberry exhibition Chicago Avant-Garde: Five Women Ahead of Their Time, which was accompanied by an exhibition catalog. She, along with three of her Newberry colleagues, received the 2020 Outstanding Public History Project Award from the National Council on Public History for a year-long set of programs Chicago 1919: Confronting the Race Riots. Olson graduated with honors from Stanford University and earned her doctorate in English and Comparative Literature from Columbia University. 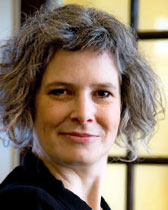 Susan Manning is an internationally recognized historian of modern dance whose writings have been translated into German, French, Italian, Spanish, and Polish. She is the author of Ecstasy and the Demon: the Dances of Mary Wigman (1993, 2nd ed 2006) and Modern Dance, Negro Dance: Race in Motion (2004); curator of Danses noires/blanche Amèrique (2008); and co-editor of New German Dance Studies (2012) and Futures of Dance Studies (2020). Currently, she is finalizing a volume of her own essays and co-editing a two-volume anthology titled Dancing on the Third Coast: Chicago Dance Histories. She is Bergen Evans Professor in the Humanities at Northwestern University, where she holds appointments in English, Theatre, and Performance Studies.

Lee Bey is a photographer, writer, lecturer and consultant whose work deals in the documentation and interpretation of the built environment—and the often complex political, social and racial forces that shape spaces and places. Bey is the author of Southern Exposure: The Overlooked Architecture of Chicago’s South Side (Northwestern University Press, Fall 2019). His architectural photography has appeared in magazines such as Chicago Architect, Architect, Old House Journal, CITE, and in international design publications such as Bauwelt, and Modulør, both published in Germany. Bey has also lectured at several institutions such as the University of Hamburg, University of Michigan, City Club of Chicago, the Art Institute of Chicago, the National Trust for Historic Preservation, the Chicago Architecture Foundation, the Arts Club of Chicago, Palm Springs’ Modernism Week, and more.

Adrienne Brown is an Associate Professor of English at the University of Chicago. She specializes in American and African American cultural production in the twentieth century, with an emphasis on the history of perception as shaped by the built environment. Her teaching and research interests include critical race studies, architecture and urban studies, American studies, Modernism, postmodernism, the Harlem and Chicago Renaissances, popular culture, visual culture, and sound studies. She has also taught in the Chicago studies program at U of C. With Valerie Smith, she co-edited the volume Race and Real Estate, an interdisciplinary collection rethinking narratives of property and citizenship. Her book, The Black Skyscraper: Architecture and the Perception of Race recovers the skyscraper’s drastic effects not only on the shape of the city but the racial sensorium of its residents. She is working on a new book that charts the impact of the U.S.’s move to mass homeownership in 20th century on how Americans experienced residential space as a social, spatial, and, most significantly, a racial unit. She is also working with Prof. Britt Rusert to collect and publish W.E.B. Du Bois’s short fiction. 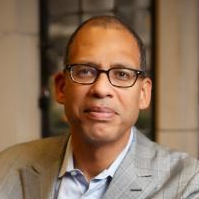 Adam Green is Associate Professor of American History at the University of Chicago. He teaches and research in a variety of fields, including twentieth century U.S. history, African American history, urban history, cultural studies and social movements. He has written and co-edited two books: Selling the Race: Culture and Community in Black Chicago, 1940-1955 (2006); Time Longer than Rope: Studies in African American Activism, 1850-1950, co- edited with Charles Payne (2003).  His current book research deals with the history of the black struggle for happiness, and he is developing several articles projects dealing with segregation, police torture, and post-1970 culture and society in Black Chicago.

Sarah Kelly Oehler, Field-McCormick Chair and Curator, Arts of the Americas, joined the Art Institute of Chicago in 2002. Her most recent project was the acquisition and installation of the Hartwell Memorial Window, a monumental window by Tiffany Studios. In 2018, Oehler curated the critically acclaimed Charles White: A Retrospective, the first major retrospective of this influential African American artist in several decades. Other exhibitions include Pathways to Modernism: American Art, 1865–1945 (2018), Whistler’s Mother: An American Icon Returns to Chicago (2017), America After the Fall: Painting in the 1930s (2016), Shatter Rupture Break: The Modern Series I (2015), and They Seek a City: Chicago and the Art of Migration, 1910–1950 (2013). She has contributed to numerous other exhibitions and publications at the museum, including Whistler Paintings and Drawings at the Art Institute of Chicago (2020), Ivan Albright Paintings at the Art Institute of Chicago (2019), and American Modernism at the Art Institute of Chicago from World War I to 1955 (2009). She received her PhD in American art from Columbia University and her BA in history from Yale University.

Vershawn Sanders-Ward holds an MFA in Dance from New York University and is the first recipient of BFA in Dance from Columbia College Chicago (Gates Millennium Scholar.) She is the Founding Artistic Director and CEO of Red Clay Dance Company and is currently a candidate for Dunham Technique Certification. Sanders-Ward is a 2019 Chicago Dancemakers Forum Awardee, a 2019 Harvard Business School Club of Chicago Scholar, a 2017 Dance/USA Leadership Fellow, a 2013 3Arts awardee, and a 2009 Choreography Award from Harlem Stage NYC. In 2015, 2018 and 2020, NewCity Magazine selected Ward as one of the “Players 50, People Who Really Perform for Chicago”. Her choreography has been presented in Chicago, New York, San Francisco, The Yard at Martha’s Vineyard, and internationally in Toronto, Dakar and Kampala. Vershawn is currently on faculty at Loyola University Chicago in the Fine and Performing Arts Department and has received choreographic commissions from Columbia College Chicago, Northwestern University, Knox College, AS220, and the National Theatre in Uganda. Her upcoming choreographic project set to premiere in June 2023, Rest.Rise.Move.Nourish.Heal was selected for a 2021 National Dance Project Award from NEFA. As an arts advocate, Vershawn serves as a board member of the African American Arts Alliance of Chicago and was selected to attend the inaugural Obama Foundation Summit for Emerging Global Leaders. Sanders-Ward has had the pleasure of gracing the cover of DEMO, Columbia College Chicago’s Alumni Magazine as well as the Chicago Reader.

Rebecca Zorach teaches in the Department of Art History at Northwestern University, with affiliations in programs in American Studies and Environmental Policy and Culture. She writes on early modern European art, contemporary activist art, and art of the 1960s and 1970s. Her books include Blood, Milk, Ink, Gold: Abundance and Excess in the French Renaissance (Chicago, 2005), The Passionate Triangle (Chicago, 2011), and Art for People’s Sake: Artists and Community in Black Chicago 1965–1975 (Duke, 2019). She is currently working on two book projects, one entitled The Designs of Nature, which deals with early modern European ideas about Nature as maker, in particular as a maker of images, art objects, and artifacts, and the other tentatively entitled Place Holding, which addresses land, ecology, race and indigeneity, and art and its institutions in the United States. 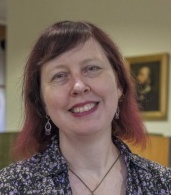 Alison Hinderliter, is the Lloyd Lewis Curator of Modern Manuscripts and Archives, and Selector of Modern Music. As curator of the Newberry’s manuscript collections, Alison oversees a range of collections related to dance, music, literature, journalism, business, and a variety of other subjects, many Chicago-related. She has been in the archival field for nearly 30 years, working as archivist at the Chicago History Museum, The Chicago Public Library, the Chicago Symphony Orchestra, and the Old Town School of Folk Music. As an amateur classical pianist, her lifelong goal is to learn and perform all 32 Beethoven piano sonatas.

Laura McEnaney is the Vice President for Research and Academic Programs.